Daytona Beach, FL – Daytona police and the Volusia CountySheriff’s Office is sweetening the deal for those looking to surrender a gun. Surrender a firearm, and leave with money.

Today (October 16th) begins “Kicks 4 Guns,” an event that is being held statewide including the Volusia County area. The event is aimed at getting guns off the street with no questions asked and no ID required.

To make it easier, agencies usually offer some kind of compensation, mostly money.

Daytona Beach Police Department started at 7 this morning at the John H. Dickerson Center on 308 S. Martin Luther King Boulevard. Anyone who turns in a real working firearm will receive a $50 gift card. Those who turn in a real but inoperable firearm instead get a $25 gift card.

DBPD wants to remind people that all firearms brought to the event should be unloaded and safely secured. If anyone is unable to unload their weapon they’re asked to leave it locked inside their vehicle. An officer will escort them to retrieve the weapon instead.

Volusia County Sheriff’s Office is also holding an event at the Center at Deltona located on 1640 Dr. Martin Luther King Jr. Boulevard in Deltona. The event begins at 8 a.m. and also offers a $50 gift card for those who are turning in weapons, with the same rules involved.

Both agencies ask that all weapons are again unloaded and sealed in a bag or box that is clearly marked “Kicks 4 Guns.”

A deputy can also be called to come pick up unwanted firearms for those who can’t make the event. To make arrangements, you can call 386-943-8276. 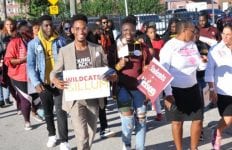 Photos from BCU’s March To Vote→ 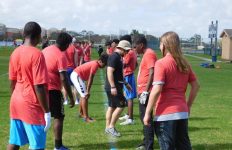 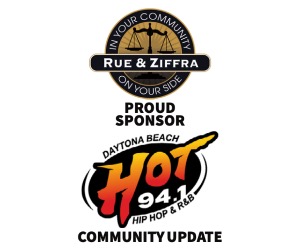